As the month-long festival returns, Eric Ryan captures some of the inner-city locations that have been lit up by festive projections.

For the third consecutive year, Dublin’s Winter Lights festival has returned to restore some much-needed brightness and festive cheer to the people of Dublin.

Marking the beginning of the Christmas season, the project organised by the Dublin City Council will be running from December 1st to January 1st and will project festive lights across 17 different locations.

The eco-friendly projections feature 157,800 LEDs, 15,780 metres of cable and 100 tonnes of equipment. Some of the lights that power the projections run on 80% of their traditional predecessors.

The projection that covers City Hall uses the same amount of electrical power as two dishwashers and the display at the Hugh Lane Gallery uses the equivalent of a vacuum cleaner.

This year’s festival has several new locations as well as new artworks from a range of artists. These locations include the Triumphal Arch at the CHQ, the Mater Hospital, Capital Dock, the Jeanie Johnston Tall Ship.

Perhaps the most imaginative and captivating piece of them all is the Samuel Beckett Bridge. Named ‘Keep on Moving’ it’s a four-minute dance routine by Richmond Barracks Over-55s Movement Group that captures themes of strength, resilience and fun.

Smithfield’s display has been improved and will feature photos of frontline workers to commemorate their efforts during the Covid-19 pandemic and the projections at the Civic Offices plays a three minute shadow puppet animation. 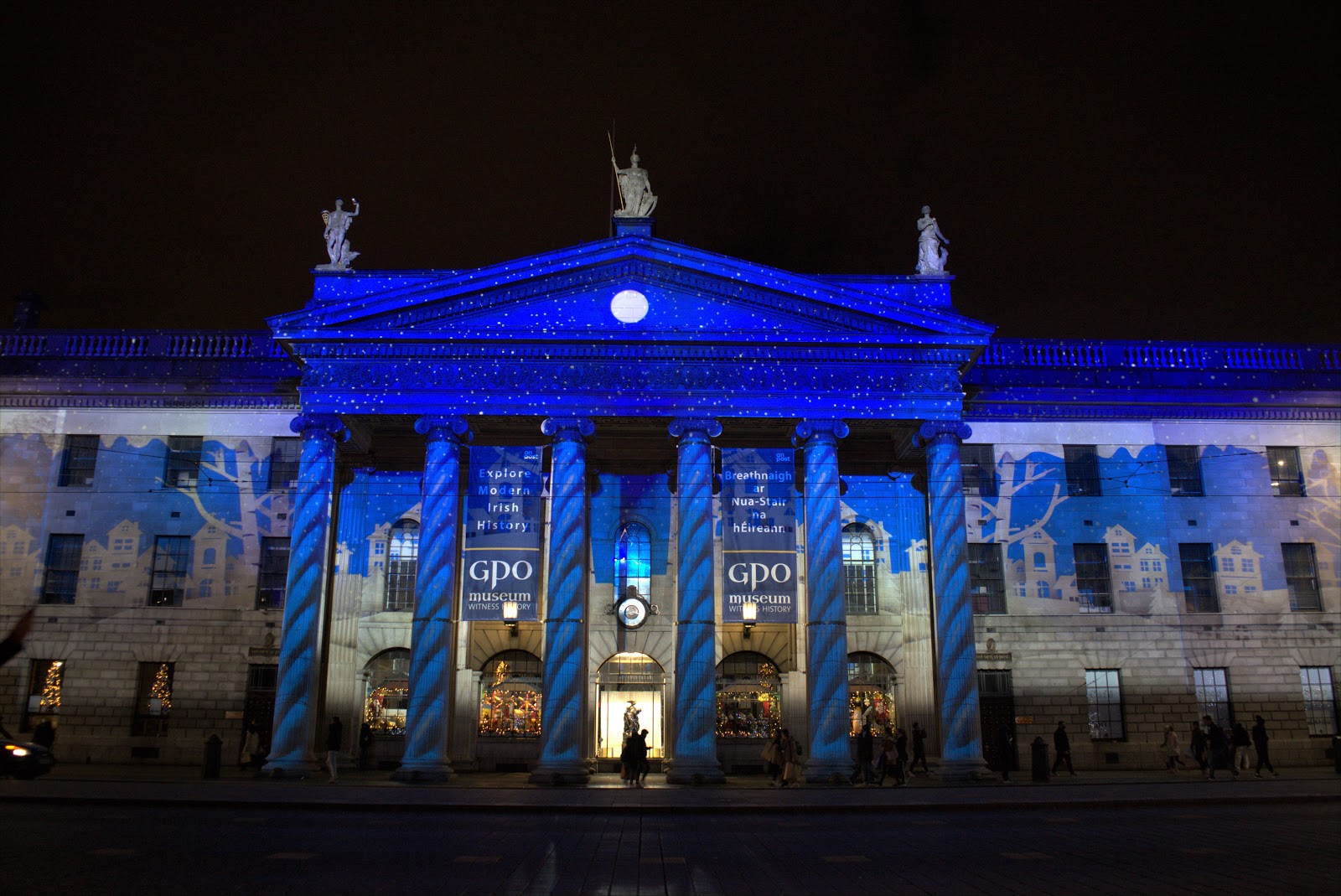