Imagine this. You have just pulled into a parking space on the street in your local town. You see the pay and display sign but the meter is all the way down the road. You think to yourself “sure I’ll only be a minute, I’ll risk it”, and head into the shop. Inevitably, the dreaded fine awaits you on your return, tucked safely underneath your windscreen wiper.

Nobody likes fines, well, except the people who issue them. In 2019, South Dublin County Council issued a total of 7,983 fines for breaches of vehicle parking regulations on public roads. 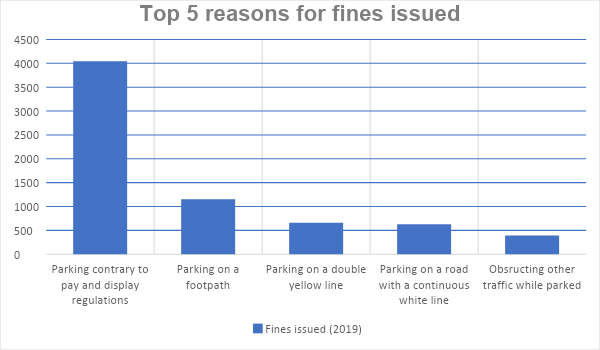 “Parking contrary to pay and display regulation” was by far the highest reason for receiving a parking fine in 2019, accounting for just over 50% of the total number of fines issued by South Dublin County Council and is 2,894 tickets higher than the next largest category: “Parking on a footpath.”

In total the 7,983 fines consist of 30 different offences all relating to the location of parked vehicles.

Also, out of the total 7,983 fines issued by South Dublin County Council in 2019, they were unevenly spread throughout 112 different streets. Lucan Main Street received the largest number of fines in 2019 with 1407. Rathfarnham Main Street came in second place with 733 fines. 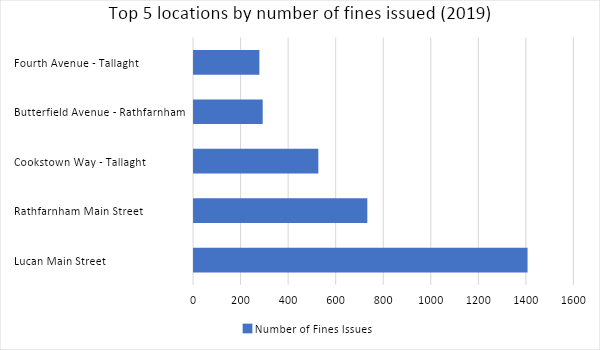 South Dublin County Council released this data under the Freedom of Information Act, however the council declined a similar request to release the total revenue generated by parking fines in 2019. Taking the average parking fine of €60, South Dublin County Council would have generated €478,980 in revenue from parking fines in 2019. This figure does not account for any fines that were successfully appealed or any late penalties applied to offenders who did not pay their fine on time.

According to a separate freedom of information request obtained by Ken Foxe and reported in the Irish Independent, according to South Dublin County Council, only 74% of parking fines issued were paid in 2019, up 9% from 65% in 2017.

But how does South Dublin County Council’s number of fines issued compare with other local county councils?

In the same year, Waterford County Council issued 15,233 fines in 205 different streets with an estimated value, again based off the average €60 parking fine, of €913,980. 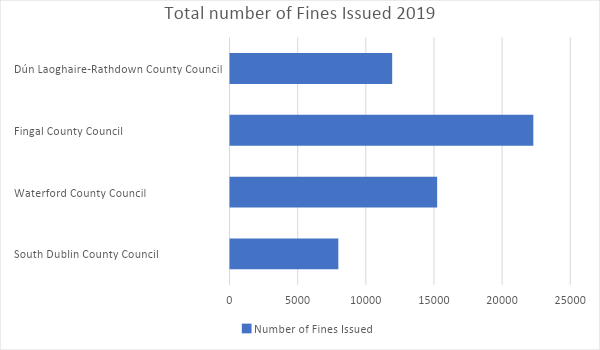 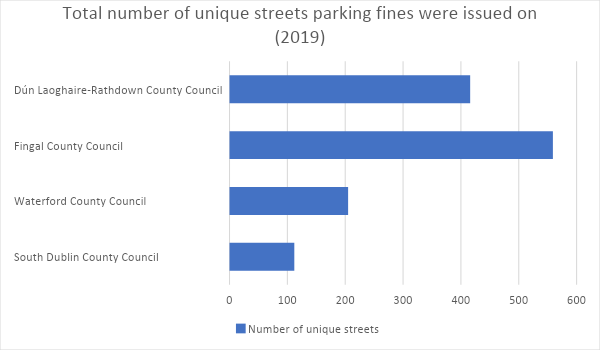 Spokesperson for the pay and display department in South Dublin County Council, Catherine White, explained that “100% of parking fines are issued by third-party contractors on behalf of South Dublin County Council”. White elaborated that the average fine is €60 with a late fee of an additional €20. “All money generated through vehicle fines issued on behalf of SDCC is spent on maintenance and operation of the pay and display system,” White said.