Number of new cars bought this year down 26 percent

The Central Statistics Office (CSO)  have recently released the number of vehicles that have been registered for the first time this year. Erin Killoran explores the actual effects of these statistics.

However, there was a stark increase during the month of October of this year. The graph bellow shows sales were up 30.3% in comparison to last year as 975 more cars were registered in October 2020 than October 2019. 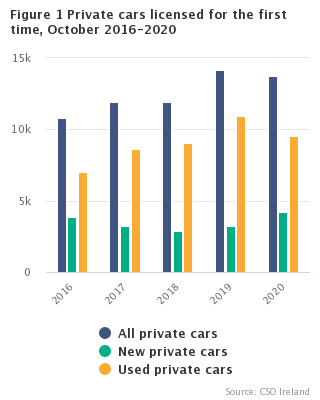 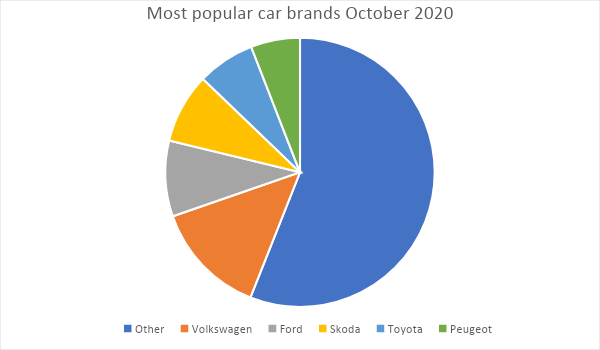 Covid-19 has affected many businesses and industries, which could potentially be the main catalyst for the decline in the purchasing of new cars this year.  Studies have shown that 14% of people have lost their jobs due to the pandemic and a large number of people have been temporarily laid off. So perhaps, the financial insecurity that Covid-19 has provided has caused a significant decline in the number of new private cars that have been purchased.

Speaking to Paul Egan, sales executive at Sheehy Motors, Naas county Kildare, he said: “ We have experienced a downturn in sales, but not by much. In fact, we still beat our target set out by the brand for 2020.”

With regards to any impact due to the pandemic, he said: “Covid did have an effect but the motor industry is also going through radical changes with technology. Customers are a bit confused about buying electric cars and the future of petrol and diesel cars.”

Egan spoke about his company’s plan for the final month of 2020. “Compared to last November, the pre-order intake for 2021 is approximately 15% behind. However, December orders should be stronger than last year because we are back open from December 1. Car sales are not considered essential retail so our showroom was closed during November. Any sales done until now were through email or phone.” Egan also stated that he believes that his company’s car sale figures are also representative of car dealerships nationwide.