Amid the rising fuel prices in the country, reporter Shay Galon looks at why the costs have increased this past year.

With minimum prices at €1.70 per litre for petrol and €1.60 for diesel in several petrol stations, it is the highest fuel costs the country has seen in almost ten years.

“Demand for oil dropped considerably during the Covid pandemic, which had a devastating impact on oil production as demand for the product dropped, and so consequently did supply,’ Anna Cullen, AA Ireland, stated.

The demand for oil declined dramatically during the lockdown months in 2020 which naturally reduced the oil production. As the demand lessened, as did the supply. Cullen also outlined that the supply for fuel has not caught up to the demand for oil as traffic levels increase due to the reopening of the country. With more and more cars on the road, it is evidently more difficult for oil producing countries to catch up to the increasing demands, resulting in global shortages.

The AA decided to look further into the increase of prices and released a report on the annual fuel prices dating back 10 years comparing the prices of petrol each year. 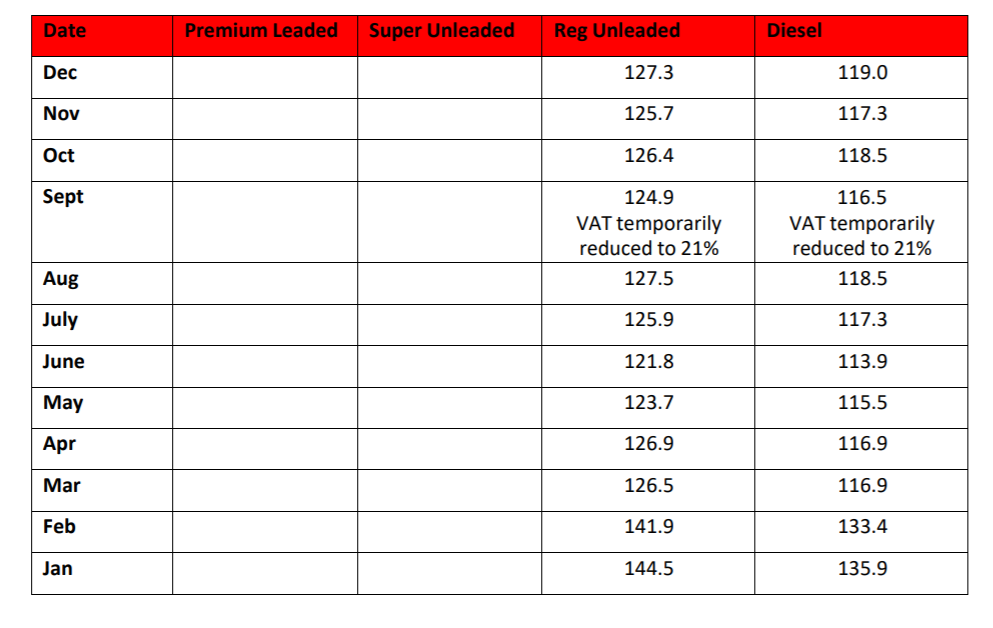 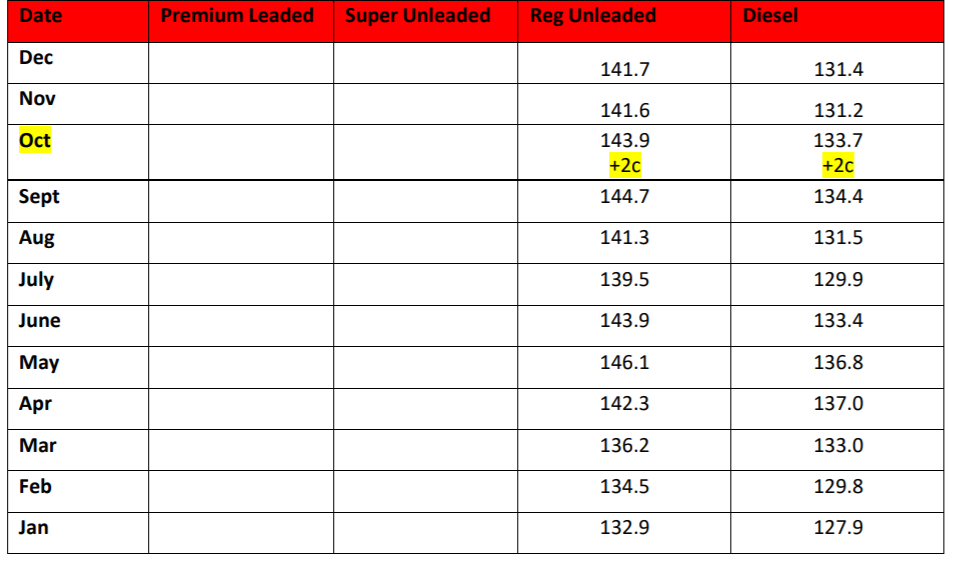 Looking at the year right before the pandemic, the price for one litre of petrol was 144.7 cents while diesel costs 134.4 cents per litre.

The Head of the International Energy Agency said that 2020 represented the worst year in the history of the oil markets. Oil consumption fell by 9.1 barrels per day which equates to 9.3% last year.

Not only has the pandemic affected the supply and demand of fuel, but the Government tax in the recent Budget 2021 of two cent on a litre of petrol and 2.5 cent on a litre of diesel, along with the annual escalating carbon tax, have left consumers struggling to pay for petrol, diesel or even heating for homes.

“With winter approaching us, temperatures are set to drop even more. Demand for oil has risen and will continue to rise even more.”

The Organisation of the Petroleum Exporting Countries (OPEC) released an outlook report which said that global oil supply will continue to rise until it plateaus but not until 2035. Due to this, petrol prices will most likely continue for consumers as oil shortages resume around the world.

However, with the popularity of electric cars in recent times, the demand for fuel could also lessen, allowing the supply to meet the demands.

“So, in the future, one could argue that oil demand may drop as the world switches to electric vehicles and green energy,” adds Cullen

However, the transition from petrol or diesel cars does not  necessarily rule out oil consumption for rural residents or at home heating. Oil will always be in demand, even into a greener, more sustainable future.