The HSE Safe Nightlife programme 2022 launched a pilot initiative in September of this year that provided a ‘back door’ drug testing service at the annual Electric Picnic festival in Stradbally, County Laois. 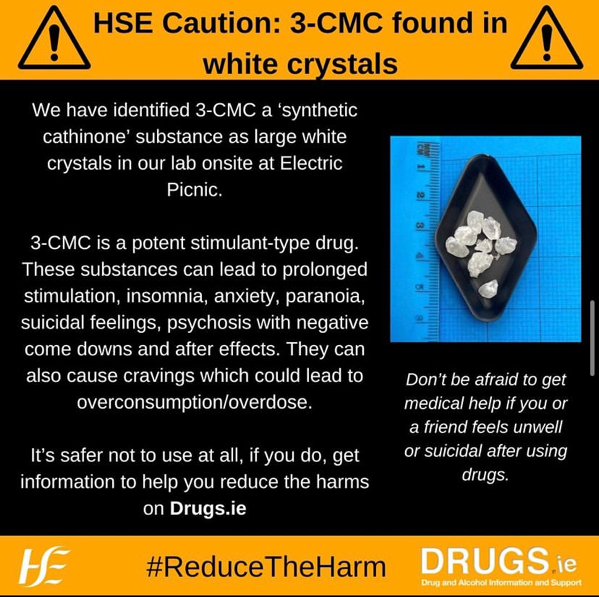 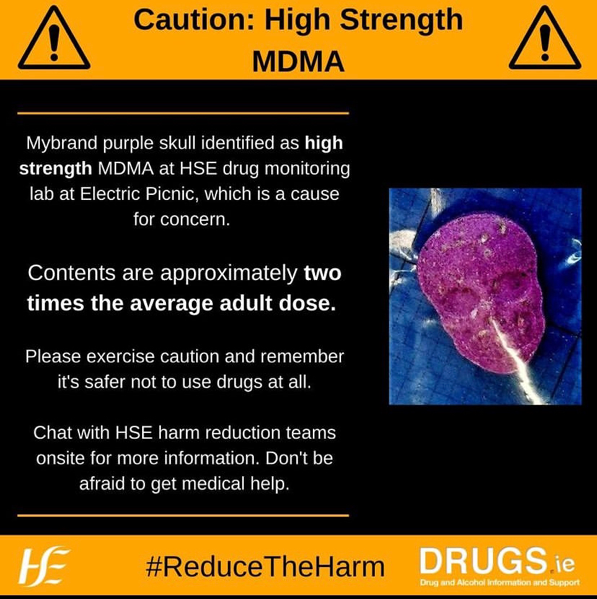 Pictures courtesy of the HSE.

This service allowed festival goers to anonymously leave drug samples in at the HSE tent, where the drugs were tested for potentially harmful substances, strengths etc. Any found dangers were published online and across the festival to warn attendees.

A subsequent report published by the HSE identified three new types of drugs that were not previously recorded in the country, including a new form of MDMA tablet that is double the recommended strength for a single adult.

However, the health service’s attendance at Electric Picnic is only the first step in the Safer Nightlife programme, the HSE details further plans towards partnership with more festivals and events to expand their ‘back door’ testing facilities.

This initiative’s aim is harm reduction when out socialising, be it at a concert or a festival. TheCity.ie spoke to Gerry Carroll from Cuan Mhuire substance abuse centre, Athy, on what he thinks of this new initiative and what he believes should be the Government’s next steps in reducing substance abuse. Mr Carroll works extensively with Cuan Mhuire’s gambling, alcohol and drugs programmes.

“It’s a good idea, people usually start small with drugs, using things such as hash or marijuana, then they move onto bigger things and it’s all from people they don’t know, and they don’t have any idea what’s in the stuff,” he said.

He felt that providing information to limit exposure to potentially harmful substances is a good first step in harm reduction, however, Mr Carroll stated that more needs to be done in order for the programme to be a real success.

Early education on the harm caused by drugs and alcohol is a number one priority for Mr Carroll, who discussed his own initiative when attending schools to educate on the subject. “We have a girl down in a Cork programme for drug abuse, who is only sixteen, her life is destroyed already.”

Mr Carroll also discussed how the past rehab programme attendees of Cuan Mhuire give talks to educate those currently in the programme on their experience with substance abuse and recovery.

Tim Kennelly of Tim Kennelly Solicitors in Naas, focuses mainly on criminal law and has first hand experience with clients suffering from substance abuse issues. He indicated that other decisions by the Government were less forward-thinking in terms of drug reduction.

Mr Kennelly shared his lack of confidence in the introduction of new legislation to allow cautions for minor possession cases, rather than custody. “What this does is it sends out a message that being caught with drugs is okay to an extent, it’s a removal of the criminal deterrence for small possession matters.”

Despite this, Mr Kennelly feels that the Government is on the right track, as long as specific steps are taken in order to tackle the problem effectively. He feels that changes such as allowing judges to remand people into treatment centres rather than custody, would be more effective in tackling substance abuse. “If there’s nobody buying drugs, then there’s no drug dealers.”

Arguing simple supply and demand and providing real rehabilitation to people moving through the criminal system would help to massively reduce the number of drugs in circulation across the county.

According to Mr Carroll, there is a good turnout of people attending programmes who don’t return to treatment for substance abuse, indicating the effectiveness of rehabilitation services. “We have a client who was waiting in custody for 6 months to see a drugs counsellor. If someone doesn’t get help with these issues during their sentence, they are much more likely to return back to old habits once they are released,” Mr Kennelly stated.

While the HSE Safer Nightlife programme has made progress towards combatting drug use, there is a clear consensus that more enforcement is needed to encourage rehabilitation and education and that more effort is needed to provide the necessary services for the same.